ivWatch Participates in the World Pediatric Project Recent Mission to St. Vincent and the Grenadines

ivWatch recently participated in a surgical mission to St. Vincent and the Grenadines with the World Pediatric Patient (WPP) to help children in need of critical care.  ivWatch sent its Model 400 devices that continuously monitor IV sites for the early detection of infiltrations.  Marilyn Bowers, ivWatch clinical manager, went to help with the set up of the devices and provide device education to the recovery and bedside RNs.  We were extremely excited to provide our support and devices for use during the surgeries and procedures.

During her journey, Marilyn was able to document her experience with the talented team of volunteer doctors and nurses, the medical team in St. Vincent, and the importance of what the World Pediatric Project does every day and across the Caribbean and Central America.

During the St. Vincent mission, a WPP neurosurgery specialist team of doctors and nurses evaluated and treated 54 patients and provided 6 children with critical surgical care. The team members included: Dr. Gary Tye, Neurosurgeon from Children’s Hospital of the King’s Daughters, Dr. Rafael Vega, Neurosurgery Resident at Virginia Commonwealth University Medical Center, Dr. Jay Shapiro, Anesthesiologist and JoAnn Tillett, both from Children’s Hospital of Richmond at Virginia Commonwealth University, and Joanne Pollard from CJW Medical Center (Chippenham Hospital & Johnston-Willis Hospital).  The next training mission is scheduled for September 18-22, 2016 and will be a general surgery mission with a heavy focus on training on laparoscopic surgical technique.

The team met for breakfast and made their way to the hospital for clinic and to prepare the OR for the upcoming surgeries.  There was an issue with the original boat – so the team made the best of it and hopped on the other boat provided.  Though a bit wet from rain and waves – they started in on set up and initial patient interviews.

Marilyn commented on how the hard the medical team worked to get patients seen and the OR set up for the early start time on Monday.

The first set of surgeries and procedures began at 6:30 AM. Below are images of the team, including the St. Vincent medical team, the ivWatch Model 400 in the OR and the device in use on some of the surgical patients.

Tuesday began at 6:30 am again with another day of back to back surgeries and procedures. Dr. Ellis, part of the St. Vincent medical team was ready to assist the WPP team in surgery.

The WPP also team included medical students that were able to help and observe the procedures.

Wednesday morning, Dr. Tye, Dr. Vega, and Jo Ann, and Marilyn headed over to the hospital to meet with the St. Vincent Medical team to check on the recovering patients and check the ivWatch devices.  The most important news of all is that all of the patients looked as if they were on their way to a healthy recovery. 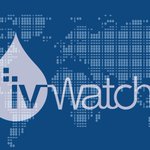 Calling all Los Angeles clinicians with an in-depth understanding of IV therapy. We're looking for a clinical specialist to join our movement to end patient harm associated with IV infiltrations. Learn more about the role here: https://ivwat.ch/careers #jobpost #careerpost

ivWatch announced that it made three additions to its executive management team, appointing Teresa “Terry” Blevins, Erin Wendell and Paul ...