IV Placements: What you need to know about where your IV is going

IV Placements: What you need to know about where your IV is going 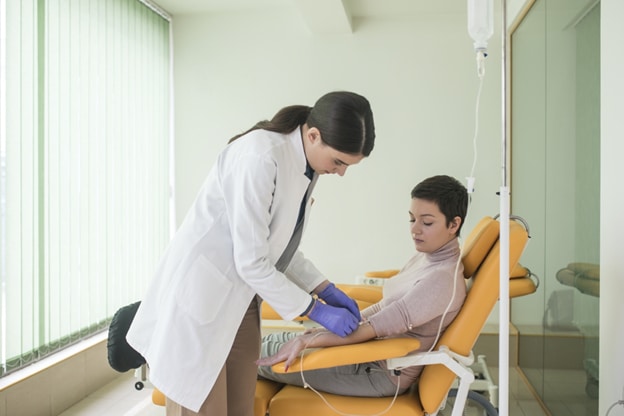 If you’re lying back in a hospital bed with an IV in your arm, you might be wondering why the nurse placed your IV in that specific spot. As it turns out, there are several reasons why IV placement is an important part of IV therapy.

Before we get into that, let’s talk about the types of IV therapy lines, which you can learn even more about below.

READ MORE: What is the difference between a PICC Line and a Peripheral IV?

The most common IV line, the peripheral intravenous line, or PIV, is also known as one of the simplest. PIVs require the insertion of a cannula catheter to help start infusion therapy. If you’re staring at an IV line in your arm, chances are it’s a PIV. 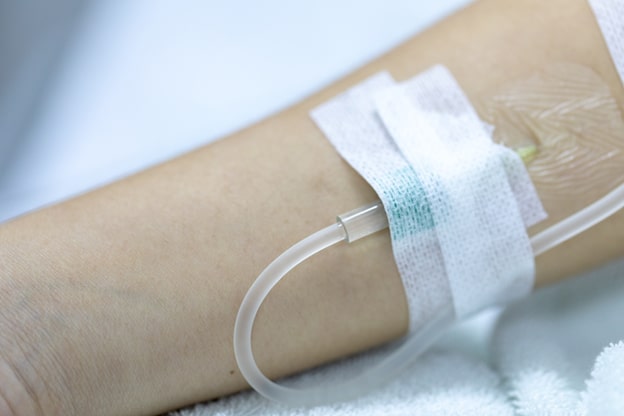 Peripherally inserted central catheter lines Peripherally inserted central catheter lines, or PICC lines, are IVs inserted directly into a major vein that connects directly to the heart. They are known for their longevity – they can last up to 12 months – and are used for long-term IV treatments such as chemotherapy or antibiotics. IV placement factors to consider Now that you know the various types of IVs, we can now discuss placement. Where an IV is placed largely depends on several factors, including a patient’s age or the type of medicine being delivered. Nurses are also on the hunt for a spot avoiding what’s called an “area of flexion” – a place where your IV might be prone to pressure or bending. Areas of flexion include your wrist and your arm at the elbow. Placing an IV at an area of flexion increases the risk that your IV has complications such as an infiltration or extravasation. READ MORE: IV infiltrations and extravasations: Causes, signs, side effects, and treatment Common IV placements for PIV Of all the placements considered by a nurse, the forearm or the back of the hand are usually the first options.2 Veins on the back of the hand, known as the dorsal venous network, can be prone to rolling if not stabilized. READ MORE: What is a rolling vein? Moving up the arm, there are two more common placement areas that nurses use for IVs. One of those areas is called the median antebrachial vein. This vein comes out of the palm of your hand and runs along your arm.3 However, this vein is not as large and is also quite prone to rolling. From the antebrachial vein and moving up the arm, you’ll also locate the accessory cephalic vein. This vein is known for being easy to stabilize and can hold much larger IVs. This vein is also a great spot when trying to avoid an area of flexion because the vein extends down below the bend of your elbow. Common IV placements for PICC The PICC line’s main purpose is to help deliver medication into major veins that go straight to the heart. PICCs are generally seen as an option for longer medication treatments with the added benefits that they can also be used for blood draws and reduce the number of times a patient has to deal with needles.4 Generally, a PICC line is usually installed above the elbow in the cephalic vein, basilic vein, or brachial vein. PICCs can also cause CLABSIs, or central line-associated bloodstream infections. They can be deadly and are associated with doubling the risk of mortality. READ MORE: CLABSIs: Risk Factors, Causes, and Prevention Common IV placements for infants Even the smallest of patients may need access to IV therapy. With infants still growing, access to veins in the arm are extremely limited. That’s why most hospitals who need to provide infants with IV therapy usually give them an IV in the feet or scalp.5 Babies may need an IV line or catheter post-birth to help deliver vital nutrients or medicines. ivWatch received FDA approval last year for SmartTouch®, a miniaturized and disposable sensor small enough to detect problem IVs in patients as small as infants. If you find yourself still wondering about IV therapy, we have a wealth of topics covered on myIV.com, including an entry on the 10 Most Commonly Asked IV Questions. READ MORE: 10 Most Commonly Asked IV Therapy Questions