If you’ve gotten an IV, you’ve probably wondered how the entire operation works. From insertion to medication distribution, there’s plenty that goes on when it comes to an IV. But you likely have also thought “What happens if there is IV failure?” 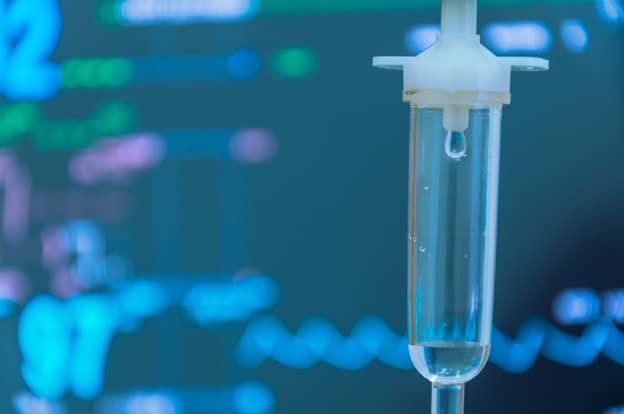 There are three types of IV failure:

Read more on IV infiltration, extravasation, and phlebitis. Hospital patients receiving IV therapy have as much as a 50% chance of their IV failing. With a number that staggeringly high, ivWatch was created to help patients avoid painful treatment options and hospitals avoid costly failures. But what causes these IV issues? Here are a few: IV Dislodgement IV dislodgement is the displacement of a catheter that was previously securely in position.1 These issues often occur when patients are moved or when equipment is checked or adjusted. Dislodgement can happen due to a variety of other reasons – sweating, hair around the IV site, and skin oils can cause the dressing to become less sticky and come loose more easily. The IV can also become dislodged when the site is bumped or IV tubing is accidentally pulled. Dislodgment can cause a catheter to back out, spilling the IV fluids around the IV site instead of in the vein. The key to preventing IV dislodgement, one group says, is to make securement the priority and educating the patient. 2 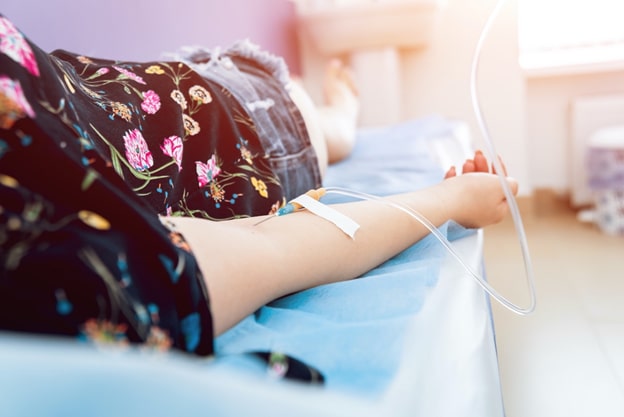 Like many issues, IV failure can be pinpointed to the very beginning of IV therapy.

For example, an infiltration or extravasation can be caused when the IV catheter punctures a vein wall when the catheter is first inserted.

An improper insertion can be prevented by using proper techniques, selecting the appropriate IV needle size, and locating the right vein.3

Vein fragility and porosity Another cause of IV failure lies squarely outside the realm of control for many nurses and doctors performing IV therapy on a patient. Vein fragility is usually caused by aging and the effects of sunlight on sun-exposed skin.4 That same kind of fragility can also be caused by other factors such as long-term use of corticosteroids or anticoagulants, genetics, dry skin, or illicit drug use. In the case of vein fragility, “using the right approach,” according to Lippincott Williams & Wilkins, includes using the appropriately sized catheter. 5 There’s also the issue of vein porosity. While porosity and fragility are not the same issue, they both deal with the quality of the vein itself. Poor vein porosity allows IV fluid to pour through the vein walls instead of traveling through the vein. READ: Need to read up on your IV terminology? Check out our glossary. Whatever the reason an IV fails, it remains important to alert your treatment team of any issues. If you feel intense pain or discomfort at your IV site, notice skin discoloration, numbness, swelling, or impaired blood circulation, then it’s time to find out what’s wrong. You can learn more about the causes of infiltration by watching the video below.