The History of IV Therapy

The History of IV Therapy 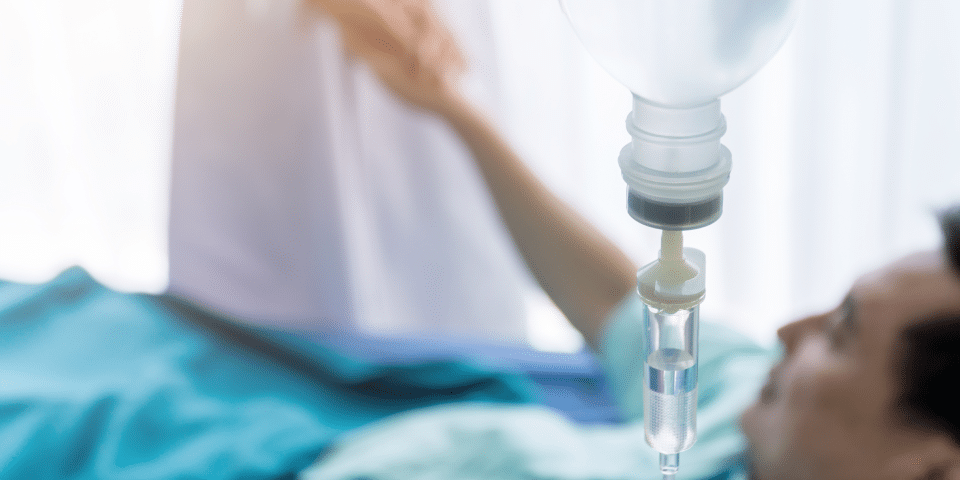 IV therapy as we know it is barely a century old, but did you know that the practice of injecting fluids into a vein has been around since the 1600s?

However, due to the lack of modern science and knowledge of the human body, early attempts to deliver IV fluids and drugs were mostly unsuccessful.

The devastating effects of both world wars led to a shift in how healthcare professionals used IV therapy to treat patients and save lives. Despite how long the basics have been in practice, the most significant developments in IV treatment equipment, drugs and implementations have just taken place within the last 25 years.

In 1492, the first documented attempt at IV therapy was performed by a doctor caring for Pope Innocent VIII in Rome. After an apoplectic stroke, the Pope fell into a coma. The doctor gave him an infusion of blood from three young boys by joining them in anastomosis to exchange blood. Unfortunately, all four died. The concept of IV transfusion is absent from history for more than one hundred years after.

At the Start of IV Therapy History: 17th Century

IV therapy began with the science of how to transfuse blood. The first recorded attempt at a blood transfusion using basic IV treatment took place in the 1660s. The experiment, which included two unfortunate dogs, was unsuccessful.

Later, Sir Christopher Wren created the first successful IV infusion device from a pig’s bladder and a quill. In 1658, he was able to infuse a mixture of wine, ale, opium and liver of antimony into a dog’s veins, and the successful experiment was repeated with other infusates. However, the primitive equipment proved to be a problem. Quills were far too flimsy and delicate and could not be easily fixed into blood vessels. Silver was the next choice due to its malleability and firmness. Wren’s colleague, Richard Lower devised the new instruments and performed the first successful transfusion between animals in 1665. 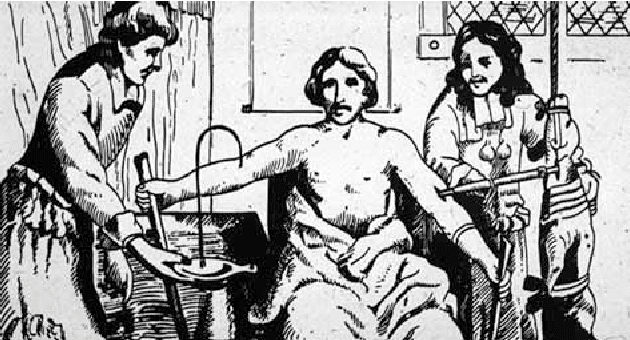 With no such ban in England at the time, Lower also performed an animal-to-human transfusion. No transfusion reactions were noted, and Lower set forth to solve the technicalities of the now-proven principle. He designed new devices for controlling blood flow and for transfusions.

Out of fear of adverse reactions, blood transfusions were prohibited by the English Parliament in 1668 and the Vatican in 1669. Advancements in IV therapy stalled for more than 100 years.

In 1796, Dr. Philip Syng Physick, later known as the Father of Modern Surgery, became the first to suggest human-to-human transfusions. Shortly after his proposal, Dr. James Blundell, a British obstetrician, performed a series of human blood transfusions in 1818 for the treatment of postpartum hemorrhage. From 1825 to 1830, Blundell performed ten transfusions, five of which were beneficial. He also invented several revolutionary instruments for performing IV transfusions.

The cholera outbreaks throughout Europe in the late 19th century propelled the evolution of IV therapy forward. In 1831, Dr. William Brooke O’Shaughnessy realized that large amounts of water and its saline were lost from the blood of cholera victims, and that the blood must be restored to its natural specific gravity. In 1832, Dr.Thomas Latta applied O’Shaughnessy’s advice. Using a syringe and silver tube, he successfully revived 8 of the 25 patients he treated with intravenous saline.

In the late 1800s, the introduction of anesthesia during surgical procedures paved the way for safer surgery in the 20th century, and IV fluid administration was gradually adopted in post-operative treatment regimens.

While nurses almost always administer IVs today, only doctors were permitted to place IVs until 1940. Delegating the task to trained nurses allowed for faster treatment and played a crucial role in ensuring the health and survival of countless soldiers during WWII.

Well into the 1950s, IVs were commonly delivered through surgically-implanted metal needles, which were sharpened by hand, sterilized and reused. “Many physicians will still remember holding these needles up to the light to detect barbs and filing them down by hand,” notes one historian.

IV solutions were commercially made available in the 1930s, which paved the way for medications to be delivered by infusion.

Plastics changed everything. Doctors began experimenting with plastic tubes to deliver fluids in the 1940s, but it wasn’t until 1950 that Dr. David Massa of the Mayo Clinic in Rochester, Minnesota developed the “Rochester plastic needle.” Massa’s design included a polyvinyl chloride (PVC) tube over a needle, which could be attached to a hub after placement. This was the first modern disposable IV catheter device, making IV therapy safer and more comfortable.

The plastic catheter became commonplace due to the frequency of IV failure, specifically infiltrations. By the 1960s, the use of IV treatment devices became routine in most American hospitals.

IV therapy is now one of the most widely used treatments in modern medicine. Healthcare providers are able to effectively treat patients based on the milestones discovered by innovators like Sir Wren, Dr. O’Shaughnessy, and Dr. Latta.

After 400 years of research, the development of IVs has come a long way. ivWatch continues to build upon that research to improve the effectiveness and safety of IVs today, developing the first and only IV infiltration detection technology.

The Method Observed in Transfusing the Blood out of One Animal into Another – https://www.jstor.org/stable/101528?mag=first-blood-transfusion&seq=1#page_scan_tab_contents

The History of Intravenous Therapy – https://www.ncbi.nlm.nih.gov/pubmed/8708844

The Origins of Intravenous Fluids – http://blogs.discovermagazine.com/bodyhorrors/2016/05/31/intravenous-fluids-cholera/#.Wrkk0NPwZ24