Is it Normal to Get a Bruise from an IV? 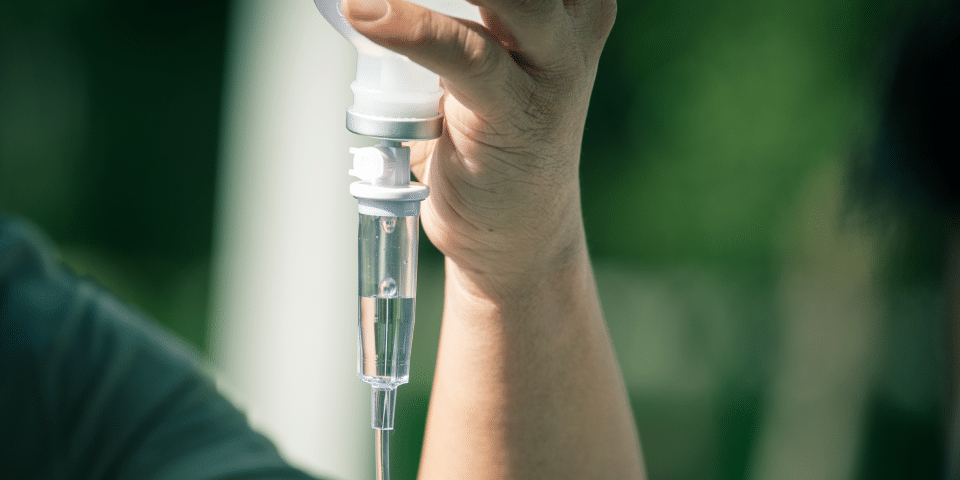 Is it normal to get a bruise from an IV?

Most of us have experienced a bruise from bumping our leg on a table or getting hit with a ball while playing sports. But have you ever gotten a bruise from an IV?

For patients receiving IV therapy, bruising around their IV site can be scary and alarming. It’s important to understand why bruising occurs after your IV is removed, what’s “normal” bruising, and when you need to alert a nurse or doctor.

What is a bruise?

A bruise is an injury to blood vessels underneath the skin that results in discoloration of the afflicted area. The damaged vessels leak blood into surrounding tissue and can result in tenderness and discoloration.

Bruising can cause skin to look black, blue, purple, pink, red, green, yellow or brown depending on when it formed and how long it’s been there.

Is it normal to get a bruise from an IV?

A bruise from an IV typically forms during or after IV treatment when the punctured vein wall allows blood to enter the skin and pool inside it. After which, the outer layer of the skin absorbs the blood and holds it there – resulting in the discoloration.

Mild bruising may occur after a nurse or doctor removes the catheter. While the body works to clot the IV site, blood sometimes escapes into the skin and leads to bruising.

Patients are more likely to develop a bruise if they required multiple attempts to place their IV, or if they experienced IV failure like an infiltration.

In certain situations, patients will experience irregular bruising near their IV site. This can be for a variety of reasons including a blown vein, age, or the body’s inability to clot.

Patients should alert a healthcare professional if the bruise remains a dark color or doesn’t seem to be healing after two weeks. It’s also important to tell a nurse or doctor if a bruise continues to grow in size, becomes more painful or is firm to the touch.

Just like with any side effect or complication involved in IV therapy, good communication between the patient and healthcare provider is critical to minimizing complications.

Though developing a bruise from an IV can be fairly common, don’t be afraid to let a doctor or nurse know if you notice new or worse bruising around the IV placement site, especially if it’s a few weeks after treatment.