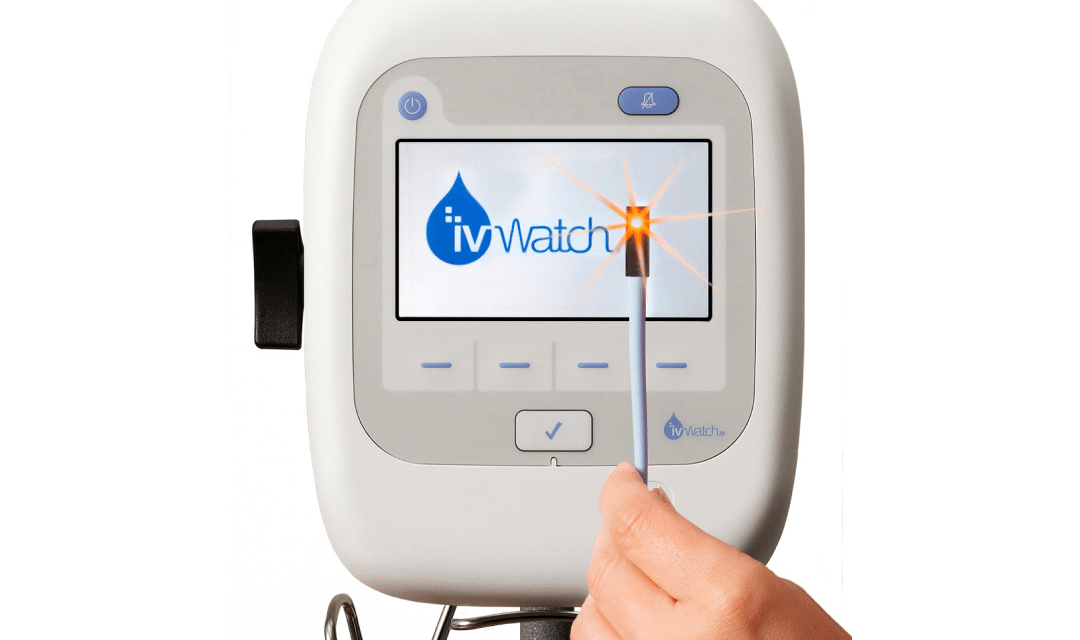 Newport News, Va., January 22, 2020 – ivWatch, the innovator of continuous monitoring devices for the early detection of intravenous (IV) infiltrations and extravasations, had nine patent grants issued in Europe and Japan expanding the company’s intellectual property (IP) portfolio globally. Additionally, the ivWatch stylized drip logo trademark was granted in Israel adding to the previous grants in the United States, Australia and Europe; the development is critical to driving brand awareness and recognition as the company grows.

“At ivWatch, we are constantly innovating to provide highly effective solutions to monitor patients during IV therapy, ultimately improving patient safety,” said Gary Warren, president and CEO of ivWatch. “As we expand into new markets, it is important to protect our pipeline of products and marks. These protections allow us to deliver on our commitment to provide access to our breakthrough technology and to advance our mission to eliminate patient harm associated with IVs.”

ivWatch products are FDA Class II non-invasive devices, and the ivWatch Model 400 system consists of the ivWatch patient monitor, a reusable optical biosensor and a single-use receptacle. The biosensor uses visible and near-infrared light to measure changes in the optical properties of the tissue near a peripheral IV insertion site, aiding the clinician in determining if an IV is leaking outside the vein. The receptacle comfortably attaches the optical sensor on the patient.

The nine new patents are directed at the ivWatch core technology of detecting and mitigating the effects of tissue blood volume changes caused by motion, which reduces false notifications and alarm fatigue. The ivWatch technology is able to analyze and detect infiltrations in real-world clinical settings, allowing the patient to move freely while still being continuously monitored. The new patent portfolios include seven new national patents granted under European Patent No. 2830487 and two new Japanese patents:

The company now holds 27 patents around the world and has been delivering the only IV infiltration detection technology to the market for over three years. ivWatch’s patented technology works in partnership with the clinician to aid in detecting IV infiltrations and extravasations early, thereby reducing patient harm. ivWatch has collected and analyzed a large volume of sensor and patient data both from in-house and hospital supported clinical studies. This data, tied to the culture of innovation, has provided the research and development team with unmatched insights into solving complex patient monitoring problems.

About ivWatch:
ivWatch, LLC is a medical biosensor technology company focused on improving patient safety and the effectiveness of intravenous therapy. Our dedicated and passionate team is pioneering the use of optical sensors to detect adverse IV events early to minimize the risk of injury caused by infiltrations and extravasations. By using this technology, clinicians can leverage continuous monitoring to help identify infiltrations as early as possible. Our innovative monitored IV solutions are backed by decades of clinical research and device development. To learn more, follow us on Twitter @ivWatch or Facebook @ivWatchLLC, or visit www.ivWatch.com.