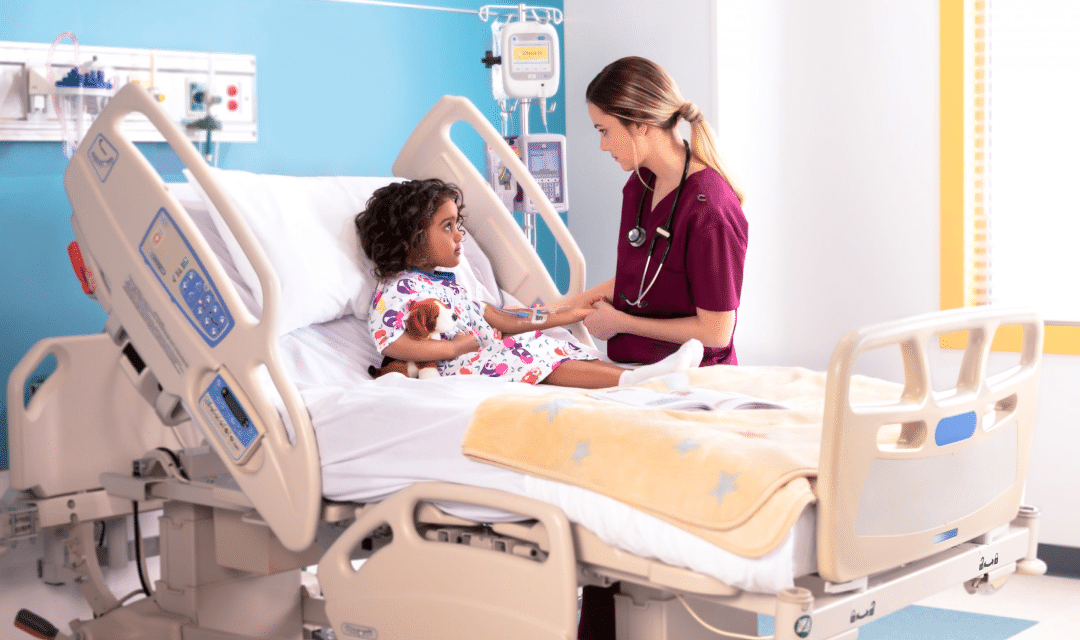 The ivWatch Model 400 is used to assist medical professionals in detecting when intravenous (IV) fluids have leaked out of the vein and into the surrounding tissue, called a PIV infiltration. The device already has received FDA clearance for use on adults 18 and over.

The goal of the pediatric clinical trial is to measure the performance of the device for detecting infiltrated PIV sites of pediatric patients. The phase II pilot study began on Aug. 25, 2015 and is anticipated to last six to nine months.

PIV therapy is one of the most common invasive procedures performed in U.S. hospitals. Failures can occur when the infusate leaks into the surrounding tissue. Pediatric patients may be at higher risk of infiltration due to their heightened activity levels, limited communication skills, and small limb size.

“As one of the nation’s top pediatric hospitals, Cincinnati Children’s is committed to advancing patient safety,” said Darcy Doellman MSN, RN, CRNI, VA-BC, principal investigator, clinical manager of the Vascular Access Team, and an industry-recognized vascular access expert. “The insights we gain by hosting the ivWatch pediatric trial should contribute to improved understanding of IV therapy monitoring practices for pediatric patients across the U.S.”

Current nursing practice for monitoring pediatric patients with a PIV involves regular visual and tactile assessment of the PIV site. The ivWatch Model 400 provides continuous monitoring of the IV site and was developed on the premise that early detection of an infiltration may help to minimize patient harm.

The device includes a patient monitor, a non-invasive sensor using visible and near-infrared light and a disposable sensor receptacle applied next to the IV site. A color LCD screen displays the status of the IV and an audible notification sounds if an infiltration occurs.

Ten patients were enrolled in a pilot group, giving clinicians an opportunity to perform the protocol and operate the ivWatch device while researchers could make any necessary adjustments prior to starting the next phase of testing.

Hospital nursing staff will assess patients’ PIV sites regularly according to the hospital’s existing protocols. The study protocol does not affect the normal care for the pediatric patient.